The Southern Illinois University Carbondale Department of Public Safety is seeking a man for questioning in connection with a suspicious incident earlier this week.

Officials said a female resident of Southern Hills Apartments told them she had just returned to the complex about 4 p.m. Tuesday, May 5, and entered her apartment when there was a knock at her door. The man who knocked told her he was having car problems and asked to borrow her phone. While the woman retrieved the phone, the man came into the apartment and asked to use the restroom. The woman gave him permission to do so, and after coming out of the restroom, the man began walking around the apartment, looking in all the rooms, even after she told him not to do so, police said.

The man then used the woman’s phone to make a call, but was unsuccessful reaching the other party and hung up. He returned the phone and left the apartment.

The woman described the man as a white male, 6-feet, 2-inches to 6-feet, 4-inches in height with gelled, short brown hair. He was clean-shaven and wore a green, plaid button-down shirt. He appeared to be in his mid-30s.

Anyone with information about the incident should call the SIUC Department of Public Safety, 453-3771, or the Crimestoppers Line at 618/549-COPS.

If someone asks to enter your residence, do not open the door unless you know the individual. If a stranger asks to use your telephone, ask the individual to wait outside your locked door and make the telephone call for the individual. For more information on safety precautions, visit the Department of Public Safety Web site at http://www.dps.siu.edu/. 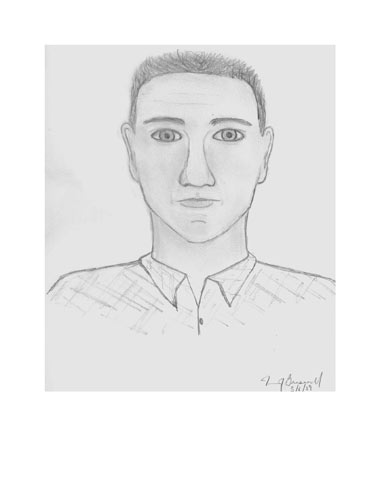