Gitlitz, McIntosh and other award-winners will be honored during the Excellence Through Commitment Awards dinner April 21 in the Student Center.

Gitlitz and McIntosh will receive a monetary award and a certificate recognizing their contributions to the University. The awards are two of the Excellence Awards funded centrally by the University.

Gitlitz is a graduate assistant and teaches the three-semester world art history survey course in the School of Art and Design. Gitlitz has also taught glass blowing. She is pursuing her master of fine arts degree with a concentration in glass. She expects to earn her master’s degree in August.

Peter Chametzky, an associate professor of art history and interim director in the School of Art and Design, nominated Gitlitz, and said he has “rarely, if ever, seen a graduate student so well-equipped for a professorial career …”

Chametzky noted the course range over the three semesters, prehistory to the present, which requires “a tremendous amount of work for any one person to master this curriculum and to communicate it to students.”

“She has been willing to commit significant time to researching the various areas of instruction, and to creating coherent and engaging lesson plans for her own use and for use by the other GA’s in the course,” Chametzky wrote. “She has also gone beyond expectations in instructing her own students, engaging them in and out of the classroom in innovative, challenging, and exciting ways.”

Gitlitz teaches up to four, 25-student sections per semester, and impacts hundreds of undergraduates, Chametzky wrote, noting that Gitlitz “brings her creativity and enthusiasm for art into the classroom -- and to teaching outside the classroom.”

In her statement of teaching philosophy, Gitlitz explained she also makes it a point to let her own excitement and interest in the subject show, and to get students talking. She finds it helps to let students know that she is a student, and that she doesn’t have all the answers.

“I believe that admitting ignorance can be a teaching tool as long as it is followed by a lesson in understanding how to gain knowledge,” she said. “To this end I let them know that I will make a genuine attempt to answer any question, no matter how outlandish, but when I do not know the answer, I admit it, and offer them the chance to find the information themselves and bring it to class for extra credit.”

Carma R. Gorman, an associate professor in the School of Art and Design, first met Gitlitz as an “outstanding student” in spring 2007 as a student in two of her courses. Gorman also noted Gitlitz’s enthusiasm for learning and teaching, along with her work ethic. She said Gitlitz recently told of her intent to pursue a doctorate in art history after completing her master’s of fine arts program, “partly as a result of her positive experiences with taking and teaching art history at SIUC.”

“I can think of few graduate students so obviously suited to a career in academe, and count myself fortunate to have had the opportunity of knowing her and working with her,” Gorman wrote.

Gitlitz is from Bloomington, Ind., and is the daughter of Libby and Bob DeVoe and David Gitlitz.

McIntosh received the Most Outstanding Master of Business Administration Student award in 2008, earning his MBA in 2007. He will earn his doctoral degree in finance in 2010. McIntosh taught financial markets and institutions courses in the College of Business in the spring 2008 and summer 2008 semesters. He is teaching the “Introduction to Business Finance” undergraduate course this semester.

A Fulbright Scholar, McIntosh served as a policy analyst in the Central Bank of Jamaica prior to coming to SIUC.

Dean J. Dennis Cradit nominated McIntosh for the award. Cradit noted in his nomination letter that McIntosh “has consistently displayed enthusiasm and a strong work ethic,” and he can see why McIntosh is a popular teacher.

“He has already learned that the best way to engage students is to be certain that the subject material uses examples that are current and relevant to the students’ lives,” Cradit wrote. “However, the goal at all times is not to master short-term anecdotal evidence, but to assimilate general principles that can be used not just for the purpose at hand, but for a variety of scenarios they will encounter over their lifetimes.”

McIntosh said that through more than 13 years of classroom instruction, his fundamental teaching philosophy and classroom objective is more than just the short-term goal reflected by a student’s grade. He writes it is “imperative that throughout my interaction with students I help them to generate a thirst for learning and an appreciation for the acquisition of new knowledge.” Students are more engaged “when the topic at hand has a direct or material indirect impact on their lives.”

“Such events play a pivotal role in allowing students to understand basic concepts and how these concepts are applicable in the ‘real world.’ Hence, in-class discussions on financial theories are always followed by general applications of how these are or can be utilized by corporate America and American households,” McIntosh wrote.

McIntosh wrote that his general policy is ‘no student left behind,’ which makes it imperative for him to identify weaker students early with a view toward helping them strengthen their skill sets for the remainder of the course.

“Each student should complete any course that I teach with an overachieving attitude that ‘I have learned something that I can use to my benefit and/or the benefit of others,’ ’’ he said.

Suzanne A. Nasco, an associate professor of marketing, notes McIntosh “is simply one of the top five percent of students that I have ever taught.” Nasco wrote that she teaches a required statistics course to almost every doctorate student in the College of Business, but that McIntosh approached her about taking the course as an elective while still an MBA student.

McIntosh earned an A, and further pursued a small class paper into a large-scale research project on consumers’ perceptions of financial services’ similarities.

“The research will allow financial planners to create, explain and sell financial products to consumers,” wrote Nasco, a research collaborator with McIntosh. “The data collection and analysis are complete and we plan to finish writing the article and submit to a top journal later this year. I hope to continue researching with him on these issues in the future.”

McIntosh is from Kingston, Jamaica. He is the son of Delroy and Yvonne McIntosh. 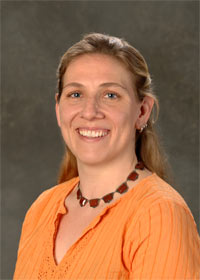