Holtmann, of Albers, and Cochrum, of Harrisburg, earned the honorary award for January.

Holtmann is a junior majoring in art with an emphasis in communication, with a minor in journalism with advertising emphasis. She is a graphic designer for Recreational Sports and Services (RSS). She’s logged a year and a half as an RSS employee. Lindsay is the daughter of Dan and Chris Holtmann.

“Lindsay has really flourished both as a graphic artist and as a student employee,” said Gary Tisdale, assistant director of publicity and marketing for RSS. “She was a student employee of the month in February 2008 and now is part of our leadership team as a result of her high performance and ‘can do’ attitude. I am so thankful to have her as part of the marketing team.”

Cochrum is a graduate student in the kinesiology department. He plans to become a physician’s assistant and work in the medical field. Cochrum was a double major as an undergraduate, earning bachelor’s degrees in physical education and sports management. The son of Loni and Bill Page, he’s worked for a year and a half for RSS. He is a strength and conditioning graduate assistant.

“Robbie’s dedication, work ethic, leadership and integrity are evident in all that he has done and continues to do as the strength and conditioning GA for our department,” said Lynn Thompson-Cundiff, assistant director of fitness for RSS. “He is an integral part of our program and is a mentor to many.” 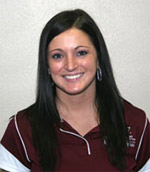 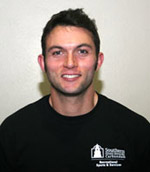