CARBONDALE, Ill. -- Throughout his storied tenure as an education and athletics administrator at Southern Illinois University Carbondale, Donald N. “Doc” Boydston demonstrated a commitment to inclusion and diversity, opportunity and success -- in athletics and in the classroom.

A fellowship in Boydston’s honor will benefit future generations of SIUC student-athletes aspiring to follow his ideals.

A $500,000 endowment fund from Boydston’s widow, Jo Ann, is creating the Donald N. “Doc” Boydston Legacy Fellowships. Fellowship awards will go annually to four deserving racial minority undergraduate student-athletes. The students must be at least sophomores and be making satisfactory progress toward their degree.

The Fellows may represent any varsity sport. Fellowship recipients will have shown a consistent display of personal characteristics of integrity, commitment to equality, academic excellence, and social justice.

“This certainly is a most generous gift that will assist students who have wonderful skills and talents, but limited resources,” Chancellor Samuel Goldman said. “Equally as important, however, is that this gift symbolizes the Boydstons’ generosity of spirit.”

Jo Ann Boydston is an internationally respected Dewey scholar who led the University's Center for Dewey Studies to international prominence. The Boydstons provided a $1 million gift in 1994 to establish the Jo Ann and Don Boydston Endowed Chair of American Philosophy in the College of Liberal Arts.

Boydston died in March 2005. He was 84. After his death, Jo Ann Boydston searched for a similar gift to honor her husband’s “career-long dedication to Intercollegiate Athletics.”

“I am pleased to be able to pay this tribute to Don’s devotion to Intercollegiate Athletics; to the athletes who compete while maintaining respectable academic progress,” she said.

“Especially am I glad to be able to help minority students of outstanding ability and limited resources,” she said. “I believe this program will keep ‘Doc’s’ name alive through the coming years -- and will serve as a constant reminder of the assistance that made it possible for a number of athletes to graduate and play important roles as alumni of Southern Illinois University Carbondale.”

“I would like to sincerely thank Jo Ann Boydston for her most generous donation,” current Athletics Director Mario Moccia said. “With tightening budgets and tuition increases, this gift comes at a most opportune time.Don Boydston was arguably the most influential Director of Athletics in the history of Southern Illinois University and presided over great athletic achievements. More importantly, he was instrumental in attracting and retaining minority student-athletes for the first time in the history of the institution. These fellowships will honor his memory and continue his legacy in the education of minority student-athletes.”

Seymour Bryson, who retired as SIUC’s associate vice chancellor for diversity in September, came to SIUC in 1955, the same year Boydston arrived on campus. A star on the Salukis basketball team, Bryson was a student worker for Boydston for four years.

The Fellowships reflect the Boydstons’ long-term commitment to SIUC, and demonstrate “that they value the University’s commitment to inclusion and diversity,” Bryson said.

“This scholarship will continue his legacy of providing students with opportunity and support -- particularly African American male and female athletes -- to have an opportunity to achieve their degree,” Bryson said.

Boydston was a private person who preferred to work behind the scenes, Bryson said.

“He went out of his way to ensure that people like myself, and other minority students, received the kind of encouragement, nutrients and support we needed to survive in that period of time,” Bryson said. “He didn’t have an ego. He was committed to high performance, opportunity and success. He was truly committed to the type of University that Dr. Morris was creating at that time.”

Boydston’s 15 years as athletics director from 1957 to 1972 produced one of the nation’s most well-rounded athletics programs. Between 1960 and 1972, SIUC teams won 12 national championships in gymnastics, cross-country, swimming, golf and tennis. Boydston was on the planning committee starting in 1956 for the SIU Arena, which opened in 1964.

“During that period of time he was a true supporter of student-athletes, not just athletes,” Bryson said. “Most of the individuals who were recruited under him graduated because he hired coaches who had the same kind of commitment that he had. It was unthinkable that someone would come and play here for three or four years and not graduate. That was rare.

“He was able to look at the total University,” Bryson said. “But more importantly he created a climate within the athletic department that recognized there was a group of people out there who needed not only an opportunity but support to be successful. So he ensured that that happened.”

Boydston was “significantly ahead of his time with regard to issues around diversity and excellence,” said James M. Rosser, president of California State University-Los Angeles. “Obviously as it related to intercollegiate athletes he was light years ahead of his time; he was the personification of the student piece of the athlete. It was his view that at the end of the day it was far more important in the lives of the people who participated to graduate from the University.”

Rosser is a three-degree SIUC graduate from East St. Louis, and earned his doctorate in health education. He is proud he was a student-athlete under Boydston’s tutelage. He played basketball under coach Harry Gallatin.

SIUC at one point had the largest black resident student body of any historically white institution in the country. Don and Jo Ann Boydston played significant roles in the success of minority student-athletes, he said.

“”We were part of their extended family because they embraced who we were and wanted the best for us,” he said. “They knew that we would be positive role models for the future.”

It is that hope Rosser carries for future Boydston Fellowship recipients.

“I would hope that they would exemplify those characteristics that made Don Boydston, who is still for many of us, a living legacy,” he said. “To the extent that is the cause, think of how many more students from diverse backgrounds will continue to help change the landscape of this nation and world.”

Harold R. Bardo, director of the Medical-Dental Education Preparatory Program in the School of Medicine, earned his bachelor’s and doctorate degrees at SIUC, and played basketball and ran track. He earned his doctorate in counselor education.

Boydston made an indelible impression on his life. Boydston was a fair and consistent administrator. He did, on occasion, intervene in supporting black athletes and students when he believed they were being treated unfairly, Bardo said.

“He was a role model for how to treat people who are different,” Bardo said.

Boydston always did his homework in the hiring process. He hired people and then would allow them to do their jobs, Bardo said.

“At the same time, even though he made the decision about whom to hire, he also was not reluctant to release coaches when he thought they were mistreating student-athletes or they weren't meeting their responsibilities,” Bardo said.

“I hope the Fellowship recipients understand that in a different day and age when it wasn't popular to support people considered underdogs in society, that there were people like Don Boydston who did,” Bardo said, “And I hope that the recipients use these scholarships to take advantage of the opportunities provided by these scholarships and challenge themselves to keep Boydston's legacy alive.” 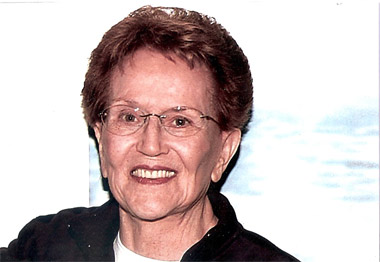