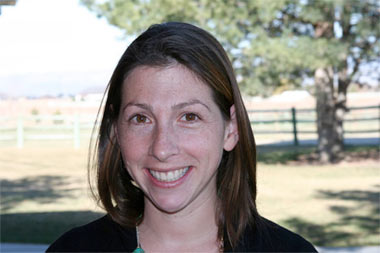 Medalia’s national and international award-winning film, “To Die in Jerusalem,” is one of seven films nominated for Best Documentary in the 29th annual News & Documentary Emmy Awards. The film, which already earned a George Foster Peabody Award in April, is one of five pieces nominated for “Outstanding Informational Programming -- Long Form,” and is one of five nominees for “Outstanding Individual Achievement in a Craft: Music and Sound.”

Medalia is pleased with the nominations, particularly when considering the quality of entrants.

Reporters wishing to arrange interviews or for more information may contact Hilla Medalia through Priddy Brothers at 208/955-7602.

The 76-minute documentary aired throughout the world, including on HBO, in November. The film is the heart-wrenching look into the tragedy of a March 2002 suicide bomb attack that killed two 17-year-old girls -- one Palestinian, the other Israeli -- resulting in an emotion-packed meeting between the girls’ mothers more than four years later.

The film started as a thesis project while Medalia was at SIUC. She read about the March 29, 2002, suicide bombing in a Jerusalem market where the lives of Palestinian Ayat al-Akhras and Israeli Rachel Levy became forever linked. Explosives that al-Akhras carried in a black purse detonated, killing both girls, a security guard and injuring 30.

In 2003, Medalia completed her winning thesis short film, “Daughters of Abraham.” The film won the 2004 Angelis Award and aired in a special screening during the 2005 Sundance Film Festival. The film included separate interviews with the girls’ family members, but the mothers did not meet. The families live less than four miles apart.

The thesis film sparked interest from award-winning documentary filmmakers John and Ed Priddy to finance “To Die in Jerusalem.” Over the next year-and-a-half, Medalia did more research and returned to Israel and the West Bank to re-shoot interviews and scenes, and this time, the first meeting, via video link, of the girls’ mothers, Avigail Levy and Um Samir Al-Akhras.

Medalia, who is an Israeli citizen, believes the film is a microcosm for a conflict that is complicated on many levels and hard to follow and relate with. It provides viewers an opportunity for greater reflection and dialogue based on a personal story.

“It’s easier to feel, listen and to identify with a mother and daughter. I think that ‘To Die in Jerusalem’ really provides that to people. You can really listen to these mothers and actually get a reflection of the conflict,” Medalia said.

Medalia is finding audiences throughout the world are engaged and asking many questions after watching the film.

“The one thing I have found everywhere is that people cannot ignore the film,” she said. “It moves them and they want to talk about it afterwards, and it really creates beautiful dialogue.”

That was precisely one of her goals in making the film.

“I think with dialogue, that is the only way we can find a solution,” she said.

She remains in contact with both mothers, who are very supportive of the film, she said.

Their initial reactions to the film were each very different, she said. For Israeli mother Avigail Levy, the film was initially hard to watch because “it brought her back to that moment. But as she kept looking at it, she really embraced it,” Medalia said. For Palestinian mother Um Samir Al-Akhras, she looked at whether the film represented her fairly so that she and her family’s pride were not hurt in the Palestinian culture, Medalia said.

“As long as I was respectful to them they were fine with the film,” she said. And while both families were looking for different things in the documentary, both are very supportive, Medalia said.

Medalia earned a bachelor’s degree in radio-television from SIUC in 2001, and a master’s degree in professional media practice in 2004.

Medalia acknowledges that on the first day she started on her thesis project nearly six years ago, she could not envision the results. The documentary’s acclaim is a combination of hard work, having a good project, and luck, Medalia said.

She initially viewed the thesis project as a way to tell her friends a little bit about the Israeli-Palestinian conflict.

“I think when I started I just wanted to graduate,” she said with a laugh. “It’s not that I woke up one morning and I was a student doing my thesis, and the next day I am nominated for an Emmy. There were steps along the way, and every step was a surprise.”

The film is now available on DVD at http://www.todieinjerusalem.com/

Medalia hopes her latest documentary project, “After the Storm,” is finished in September. The film is the story of Broadway theater professionals resurrecting a musical arts program for teens in New Orleans in the aftermath of Hurricane Katrina.