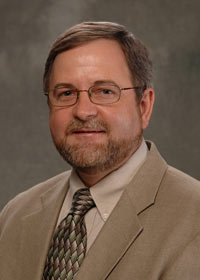 CARBONDALE, Ill. -- James J. Zaczek, associate professor in the Department of Forestry at Southern Illinois University Carbondale, will take over as interim chair of that department June 1. He replaces John E. Phelps, who is retiring.

"He's been a productive researcher and a good teacher, and he has a strong feel for both the traditional resource and the recreation and human dimensions sides of forestry," said John S. Russin, associate dean of the College of Agricultural Sciences, in announcing the appointment.

Zaczek, a two-degree graduate of his department, became a faculty member there in 1997 after completing his doctorate at The Pennsylvania State University, where he also worked as a senior research assistant and affiliated faculty member in its Biotechnology Institute.

A forest ecologist, Zaczek's recent research has focused on the restoration, management and uses of native giant cane and on bottomland forest regeneration with a particular emphasis on oaks. He also has worked to develop the region's potential for maple syrup production and has, with a Penn State colleague, developed genetically improved Christmas tree seed.

Zaczek chairs the Illinois Chapter of the Society of American Foresters. Other professional affiliations include the Association of Southeastern Biologists and the International Plant Propagators Society.