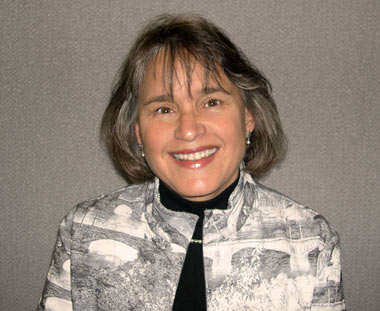 "My husband, Fred, and I are calling our respective retirements 'reaspiring‚' -- a term we heard on public radio," said Isberner. "However, I won't 'reaspire' far from WSIU or public broadcasting."

Isberner began her career as science educator for grades 7-12 in New York, Connecticut, Canada and Illinois. In 1981, she joined WSIU as a field representative for the station's instructional television unit, and later served as director of learning services, assistant executive director of technology and planning, and interim executive director before assuming the joint roles of executive director and TV general manager in 2004. During her tenure as executive director, the WSIU stations received more than a dozen state, regional, and national awards.

Isberner has long championed public broadcasting as an indispensable educational resource that can improve the quality of life for people of all ages and backgrounds, especially young children. Through her vision and leadership, WSIU became one of the first stations in the U.S. to participate in educational initiatives such as the Sesame Street Preschool Education Project (PEP), the National Teacher Training Institute, PBS Mathline, Ready to Learn, Ready to Lead in Literacy, and PBS TeacherLine.

Isberner's innovative approach to early childhood initiatives in WSIU's five-state service area led to national recognition by Congress and the White House. She also has increased WSIU's regional impact through the development and expansion of a dynamic community outreach department.

In addition to spearheading WSIU's major gift initiative and digital conversion efforts, Isberner established productive and well-respected partnerships with PBS, CPB and other PBS stations, as well as University, regional, and national organizations. She also served on numerous committees as an advocate for WSIU and public broadcasting.

"I am deeply grateful for the opportunity to serve the WSIU stations and public broadcasting for the past 27 years," she said. "It has been an honor to work with WSIU's dedicated staff, the University, our partners and supporters, and my colleagues around the country to provide programs and services that touch so many lives."