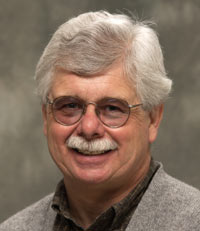 Responsible for graduate education in the college, Preece will oversee admissions, assistantships, orientation, assessment, program reviews and marketing efforts, among other duties. He also will help get the college's newly approved doctoral program up and running.

"He was an excellent choice because of his experience in graduate education both in his department and at the University level, and he knows the new Ph.D. program better than anyone, having worked on it from start to finish," said Dean Gary L. Minish.

"The first order of business will be to get the graduate education committee together so we can have our doctoral program off the ground by this fall semester. He will also do a seminar for faculty, staff and graduate students to bring them up to date and open lines of communication about the program.

"Later on, he will look at the master's degree programs so we can move toward a more concentrated effort on recruiting and assistantships. We have increased the level of what's going on in graduate education, so we really need someone to coordinate it."

Preece, who came to SIUC in 1980 as an assistant professor, has been a member of 63 master's and doctoral committees and has directed graduate studies in his home department since 2002. He has twice served on his department's Graduate Policy Committee and has been part of the University's Graduate Council for 12 years, including a two-year stint as chair.

His research interests include cloning, plant hormones, tissue culture, hydroponics and bioenergy. He continues longstanding work with silver maples, focusing now on biomass and syrup production from cloned trees. He also is evaluating growth regulators and micro-propagating black walnut, oakleaf hydrangea and hibiscus, among other projects.