Commencement ceremonies set for May 9-10

SIUC's graduation ceremonies are open the public, and tickets are not required.

Hedayat Amin-Arsala, an SIUC alumnus and a senior minister of the Islamic Republic of Afghanistan, will receive an Honorary Doctorate of Humane Letters during commencement ceremonies for the College of Liberal Arts.

Raised in Kabul, Afghanistan, Amin-Arsala earned bachelor's and master's degrees in economics from SIUC in 1968 and 1969, respectively. He also completed requirements for doctoral candidacy in economics from George Washington University. The SIU Alumni Association named Amin-Arsala an Outstanding Alumnus in 2006.

He served in several economic and senior operational posts for the World Bank before leaving in 1987 to join the Afghan resistance against Soviet occupation. He has held several positions within the Afghan government, including appointment as vice president during the country's transitional government in June 2002. He continues to represent Afghanistan at international conferences. Amin-Arsala met his wife, Betsy Thomas Amin-Arsala — also an SIUC graduate — when she was serving in the Peace Corps. The couple celebrated a Muslim wedding at the SIUC Student Center.

Former SIUC professor David L. Briscoe will receive the SIUC Distinguished Service Award for his work as a scholar and with the community during graduate school commencement ceremonies.

Briscoe earned his doctorate in sociology in 1993 at SIUC. He was a graduate dean fellow, won a dissertation research award and also served as an instructor and lecturer in the Black American Studies Program. The College of Liberal Arts in 2003 named Briscoe a Distinguished Alumni. His community service includes devotion to the Boy Scouts of America and other organizations. He has worked with the Boy Scouts for more than 43 years, including creating a mentoring program for urban and rural troops. In 2005 he received the Volunteer Call to Service Award from President Bush in recognition of donating more than 4,000 hours of community service during his lifetime.

At the University of Arkansas Little Rock, Briscoe became the first African-American man to achieve the rank of full professor. He is past director of that university's Gerontology Center, member of the graduate school faculty, and faculty senator to the university's general assembly. In 2005, he became the first African American in Arkansas named as a distinguished member of the Phi Kappa Phi Honor Society. He has published numerous research articles and papers, served on 70 doctoral dissertation committees, and teaches a variety of graduate and undergraduate courses in sociology.

Commencement speakers include a vice president of landscape operations for Green View Companies landscaping; president and CEO of Silicon Laboratories; the former CEO and co-founder of Carbon Nanotechnologies, Inc.; the associate dean for academics in SIUC's College of Education and Human Services; a sports director and long-time voice of the Salukis; and a senior vice president for human resources for Motorola, Inc.

Two other individuals will receive honorary degrees at a future commencement ceremony. Humanitarian Eunice Kennedy Shriver, long a champion of those with intellectual disabilities and the driving force behind the creation of Special Olympics, will receive an Honorary Doctorate of Humane Letters. Academy Award-winning and internationally acclaimed film editor and sound designer Walter Murch will receive an Honorary Degree of Fine Arts.

Nine alumni will receive Alumni Achievement Awards as part of individual college and school ceremonies. The award is the highest honor presented by the SIU Alumni Association.

Motivational speaker, author and Marion native Danny Cox will give the address and receive the Alumni Achievement Award.

Cox, who lives in Tustin, Calif., is president of Acceleration Unlimited. He earned a bachelor's degree in geography from SIUC in 1956. He received a commission with the U.S. Air Force through SIUC's ROTC program after graduation and entered pilot training. The test pilot and air show pilot served in the military for 10 years and broke the sound barrier more than nearly 2,000 times, becoming internationally known as "The Sonic Boom Salesman."

Cox went to work for one of the nation's largest sales companies after leaving the military, where sales records were broken. Cox opted to share his success. Sixteen of his clients have been on Fortune Magazine's "100 Best Places to Work" list. Cox is a member of the "Speaker Hall of Fame," an honor accorded fewer than 3 percent of professional speakers. He is also a member of the "Speakers Roundtable" and the "Legends of Speaking Profession" group.

Cox's books include "Leadership When the Heat's On," "Seize the Day: 7 Steps to Achieving the Extraordinary in an Ordinary World," and "There Are No Limits: Breaking the Barriers in Personal High Performance."

Timothy M. Southey, vice president of landscape operations for Green View Companies of Bloomington/Normal, will give the address and receive the Alumni Achievement Award.

Southey earned his bachelor's degree in plant and soil science in 1980 from SIUC. Following graduation, he joined Green View Companies, where his positions included landscape design consultant, landscape manager, and division manager of the firm's Bloomington/Normal location. As vice president of landscape operations, Southey oversees design, landscape installation and landscape maintenance at all five of the company's locations throughout Illinois.

Southey is president of SIUC's Agriculture Alumni Society, and a member of the college's advisory board. He serves on the Illinois Vision for Agriculture Committee.

Dale W. Hall, manager of warranty administration for General Motors Corp., in Flint, Mich., will give the address and receive the Alumni Achievement Award.

Hall, a New Athens native, earned his associate of applied science degree in automotive technology in 1986 and his bachelor of science degree in advanced technical services in 1988, both from SIUC. He holds a master's of business administration from the University of Phoenix.

He is a partner in the University's externship program, and serves as a General Motors Corp., recruiter where he interviews and begins the hiring process for selected SIUC automotive technology graduates. He is the current president of the Greater Detroit SIUC Alumni Association, which he helped organize.

Hall and his wife, Colleen, established a personal endowment to benefit students in the automotive technology program. He was also instrumental in establishing the General Motors Corporation Service and Parts Scholarship, and the General Motors Corporation SIUC Alumni Scholarship. He also serves on the College of Applied Sciences and Arts' National Volunteer Comprehensive Campaign Committee.

Greg A. Lee, senior vice president for human resources for Motorola, Inc. in Schaumberg, will give the address and receive the Alumni Achievement Award.

Lee earned a bachelor's degree in marketing in 1972 from SIUC. Prior to joining Motorola, Inc. in January, he was senior vice president, human resources, at Coca-Cola Enterprises, the world's largest marketer, producer and distributor of Coca-Cola products. Lee led a comprehensive restructuring of the company's human resources function.

He has more than 20 years leadership experience in the human resources field, and also has acted as an independent consultant providing advice and counsel on talent management strategies. His experience also includes leadership positions with Sears, Roebuck and Co., Whirlpool Corp., St. Paul Companies, Inc., and PepsiCo Inc.

Norma J. Ewing, associate dean for academics in the University's College of Education and Human Services, will give the address, and emeritus professor Louis Vieceli will receive the Alumni Achievement Award.

Ewing has served as associate dean for approximately 10 years, and she chaired the Department of Special Education for approximately nine years. Her teaching, research and service focus on education of underachieving students and topics related to social justice. Her current research project is developing a historical account of one-room schoolhouses in Southern Illinois. She is a 2003 SIUC Women of Distinction recipient.

Vieceli served as a faculty member of SIUC's Rehabilitation Institute from 1959 until his retirement in 1993. Vieceli, a Johnston City native, earned a bachelor's degree in physical education from SIUC in 1948, and a master's degree in educational psychology in 1959.

Vieceli is the recipient of many honors and awards for contributions to the rehabilitation and job placement of blind individuals. He is a 2002 inductee into the American Printing House Hall of Fame for Leaders and Legends of the Blindness Field.

Necip Sayiner, president and CEO of Silicon Laboratories in Austin, Texas, will give the address and receive the Alumni Achievement Award.

Sayiner earned his master's degree in electrical engineering from SIUC in 1988. He joined Silicon Laboratories in his current position in September 2005. Prior to that, Sayiner was vice president and general manager of the enterprise and networking IC division, and held several senior design management roles in the storage division. He also previously worked in research and development within Bell Laboratories.

Merri Jo Gillette, director of the Securities and Exchange Commission's Midwest Regional Office in Chicago, will give the address, and N. Lee Beneze, a legal services developer with the Illinois Department on Aging in Springfield, will receive the Alumni Achievement Award.

Named to her current post in 2004, Gillette oversees the SEC's second largest regional office, which includes several hundred attorneys and accountants. The region's jurisdiction for enforcement matters and regulatory examinations covers nine Midwestern states. Prior to her current appointment, Gillette served as associate district administrator for enforcement in the SEC's Philadelphia Regional Office. She initially joined the SEC as a staff attorney in 1986.

Gillette earned her bachelor's degree from Northwestern University in 1979, and her law degree from The Dickinson School of Law in Carlisle, Penn., in 1982.

Beneze earned his law degree from the SIU School of Law in 1985. The second longest-serving state legal services developer in the United States, Beneze has worked in the Illinois Department of Aging's Office of Elder Rights since 1988. He works on senior legal issues, such as elder abuse and neglect, financial exploitation, nursing home resident rights, and guardianship. Beneze worked for the Springfield law firm of Morse, Giganti and Appleton for three years before going to work for the Department of Aging.

An active member of the law school's alumni association for more than 21 years, he served as president from 1991 to 1992. He earned a bachelor's degree from Western Illinois University in 1972.

Mike Reis, the long-time radio personality and play-by-play voice of the Salukis, will give the address and receive the Alumni Achievement Award. He is sports director for River Radio.

Reis earned a bachelor's degree in radio-television at SIUC in 1978. Considered one of the top announcers in collegiate sports, Reis started as SIUC's play-by-play announcer after graduating. Reis' broadcasts of Saluki football, basketball and baseball games cover 29 of the last 30 years, missing only one year when another radio station held broadcast rights.

The first announcer in SIUC history to be inducted into the Saluki Hall of Fame, Reis is also a member of the Illinois Basketball Coaches Association Hall of Fame. He is also the 2008 recipient of the Missouri Valley Conference's "John Sanders Spirit of the Valley Award," which signifies a passion for the MVC, strong work ethic and a sense of humor.

Gower earned his bachelor's degree and master's degrees in chemistry from SIUC in 1958 and 1960, respectively.

Gower worked with the late Richard Smalley, a Nobel Prize winner and professor at Rice University, in forming CNI. The company merged with Unidym, Corp. in 2007, and Gower remains on the company's board of directors. Gower has more than 40 years experience in the chemical industry, including positions with Atlantic Richfield and ARCO Chemical. In 1985, Gower took over as president and CEO of Houston-based Lyondell Petrochemical Co., subsequently turning around a company that was losing $200 million a year. Industry Week Magazine later named the company one of the 100 Best Managed Companies in the World.

Gower and his wife, Beth, established the Gower Fellowship Award for the Department of Chemistry and Biochemistry. Gower is a 1996 SIU Distinguished Alumni Award recipient. 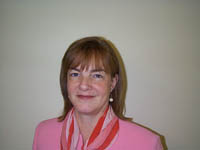 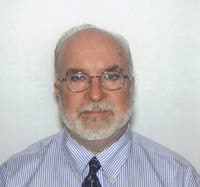