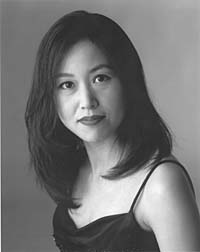 CARBONDALE, Ill. — Still giddy from the Carnegie Hall debut of the Southern Illinois University Carbondale Wind Ensemble, the School of Music prepares to send another musician to debut at Carnegie Hall. This time, the musician is Junghwa Lee, assistant professor of piano.

Lee debuts in a Carnegie Hall solo performance beginning at 5:30 p.m. on June 21 in the Weill Recital Hall presented by Artists International Presentations. Tickets for the performance go on sale April 21 and start at $25.

Lee offers a piano performance highlighting some of her Carnegie Hall selections in a free performance at 7:30 p.m. on April 22 in Shryock Auditorium.

"I hope to get a review in New York," she said, noting that a positive review would make her debut even more meaningful for her as a musician. She also hopes any New York City area SIUC alumni will attend her performance.

As she prepares, she finds herself more critical of herself as a performer. "It is bringing me to a new level, to debut at such a place," she said. "I find myself more and more interested in what I am doing (musically)."

Her introspection, though, is less noticeable than her gratitude and overall humbleness. When asked about her preparations, Lee first thanks the entire SIUC community, including the School of Music, its current director Jeanine Wagner and former director Robert Weiss, now emeritus, for their support. Weiss was one of the first people she called, Lee said, when she got the good news. She also called her husband and a former mentor at the Eastman School of Music.

"I'm glad that this will affect my students in a positive way," Lee said. "This will heighten their experience here as well. I want to do my best for all my students."

Lee said the ultimate goal for any musician is to find his or her own musical voice. That, she said, is the difference between playing notes and playing music.

"If we approach each piece of music with conviction and faith, the music will speak," she said. "I think about the audience, who they might be and what they might expect, when I make my concert selections. Every musician has her own heart and soul, and that is what speaks to the audience. Without that, music doesn't speak and doesn't have meaning. If the audience can hear the message I bring through the music, then I am successful."

Lee said her Carnegie Hall program, expected to last about 75 minutes with an intermission, includes Bach, Schumann, DeBussy and Prokiev. She also features a United States premiere of an original composition by Frank Stemper, SIUC's composer-in-residence.

More information about Lee is available at the School of Music's Web site at www.siu.edu/~music/bio/lee.html and at www.beautyinmusic.com/artist_pages/junghwa_lee.htm, a site dedicated to women in classical music.