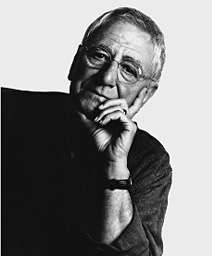 CARBONDALE, Ill. -- World-renowned composer Bernard Rands will meet music lovers and be guest of honor at an evening concert featuring his pieces at 7:30 p.m. Wednesday, May 4, in the Old Baptist Foundation Recital Hall at Southern Illinois University Carbondale.

The concert will feature SIUC's Altgeld Chamber Players performing Rands' compositions. Concert tickets are $6.50 for the general public, $3 for senior citizens and children. SIUC students with valid Ids will be admitted free of charge. Tickets will go on sale at the door an hour before the performance.

The world premier of a new work by Rands entitled "Walcott Songs" — featuring guest artist mezzo-soprano Julia Bentley and SIUC faculty cellist Eric Lenz — promises to be among the evening's highlights. The piece is a song cycle set to the poems of West Indian-born poet Derek Walcott.

Another highlight will be SIUC's Todd Rewoldt, professor of saxophone, performing "Memo 6,"a demanding virtuosic piece for solo alto saxophone.

Bernard Rands is currently the Walter Bigelow Rosen Professor of Music at Harvard University. He has penned hundreds of published works for soloists as well as symphony and chamber orchestras.

Earlier in the day, Rands will participate in a series of events, including a "Meet the Composer" session from 10 to 11 a.m. and an open rehearsal from 1 to 3 p.m., these also take place at the Old Baptist Foundation Recital Hall just north of Faner Hall. The afternoon events are free and open to the public

Leading in and encouraging creative activities is among the goals of Southern at 150: Building Excellence Through Commitment, a long-range plan for the University as it approaches its 150th anniversary in 2019.