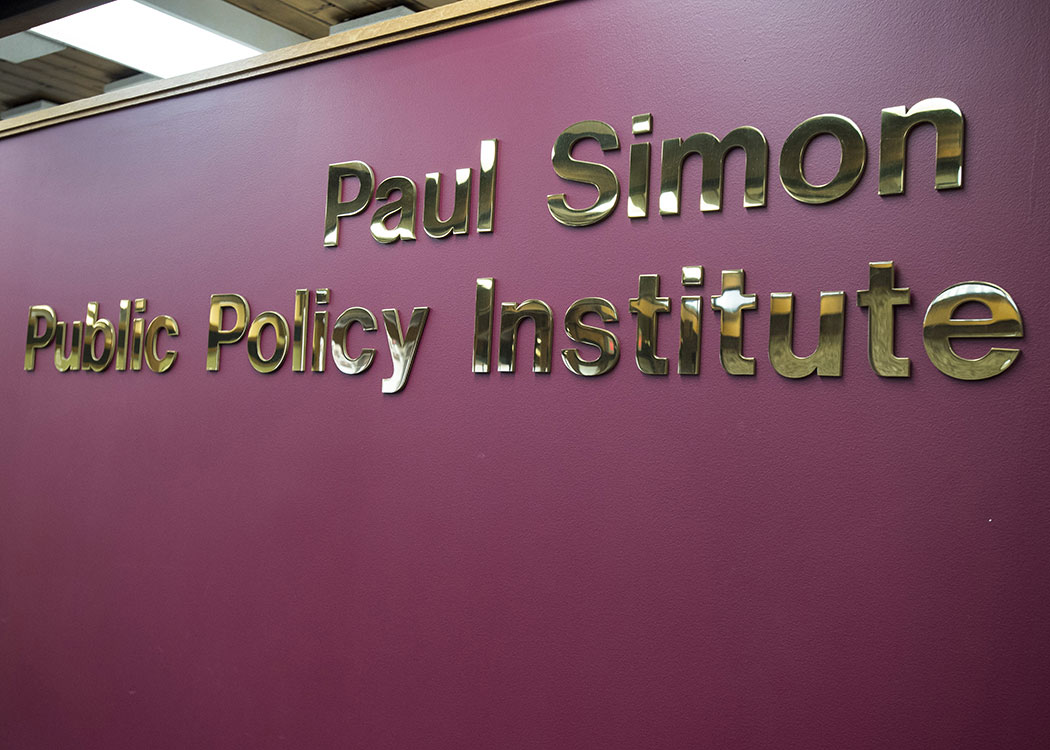 Danforth to discuss diplomacy, politics and role of religion in public affairs

CARBONDALE, Ill. – John C. Danforth, a former U.S. senator and ambassador to the United Nations, will discuss his career in politics, diplomacy, and the role of religion in public affairs during a virtual conversation next week hosted by Southern Illinois University Carbondale’s Paul Simon Public Policy Institute.

The virtual conversation is at 2 p.m., Wednesday, Sept. 30. The presentation is part of the Institute’s “Understanding Our New World” series via Zoom.

Shaw noted that Danforth, who served as Missouri’s U.S. senator from December 1976 to January 1995 is “one of the most respected statesmen in the United States.” Danforth opted to not seek a fourth term in 1994; he later served as U.S. Ambassador to the United Nations from July 2004 to January 2005.

“His career as Attorney General of Missouri, United States senator, special envoy to Sudan, and the American ambassador to the United Nations is deeply impressive,” Shaw said.

An attorney and ordained Episcopal priest, Danforth was one of the first speakers at the fledgling Institute in May 1997 when he, along with former U.S. senators Alan Simpson, R-Wyoming and David Pryor, D-Arkansas, visited SIU Carbondale and joined Institute founder and former U.S. Sen. Paul Simon in advocating for Social Security reform.

He is also the author of three books: “The Relevance of Religion: How Faithful People Can Change Politics,” “Faith and Politics: How the ‘Moral Values’ Debate Divides America and How to Move Forward Together,” and “Resurrection: The Confirmation of Clarence Thomas.”

Registration is open for Danforth’s conversation

Participants have an opportunity when they register to submit a question to Danforth by email at paulsimoninstitute@siu.edu or by including it in the “Questions and Comments” section on the registration form. 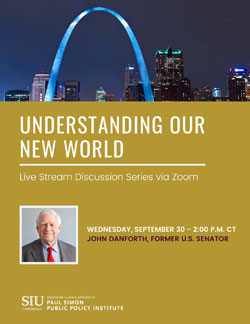