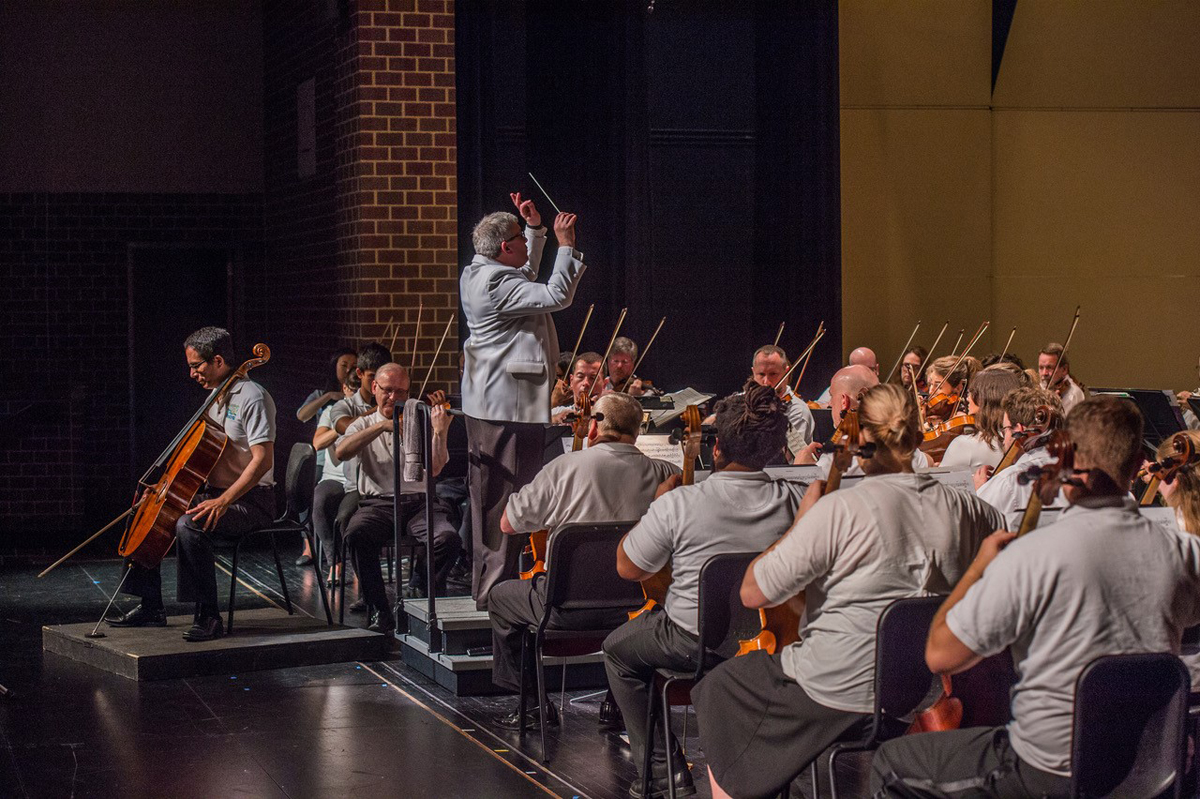 The Southern Illinois Music Festival Orchestra performs at Carterville High School Performing Arts Center. The two-week festival slated to start May 31 is postponed until later in the year. (Photo provided)

Edward Benyas, festival director, said he hopes to run a scaled-down music festival later this year – either in mid-August just before Southern Illinois University Carbondale fall 2020 classes are set to start, or in mid-December, after fall semester finals.

“It all depends on the course of the virus and when it is safe to program,” said Benyas, who is also professor of oboe in the SIU School of Music. There are plans to run the “same ambitious festival, including two Italian operas, Beethoven’s 9th and much more, in June 2021,” he added.

This year’s regularly scheduled festival was set for May 31 through June 14, with performances and concerts in various locations throughout the region, including Shryock Auditorium, Marion High School, University Museum at SIU Carbondale, University Mall in Carbondale, Carterville High School, the Du Quoin and Cairo public libraries, Christopher Civic Center and the Anna Arts Center.

The pandemic did force the Southern Illinois Symphony to cancel performances in March and April.

Benyas has uploaded roughly two dozen prior Southern Illinois Music Festival performances, including operas, ballets and orchestral programs on the School of Music’s YouTube channel for people to enjoy. Once you reach the page, click “playlists,” then the SIFest playlist. There are currently 26 SIFest videos available, in addition to Southern Illinois Symphony Orchestra performances and other concerts.