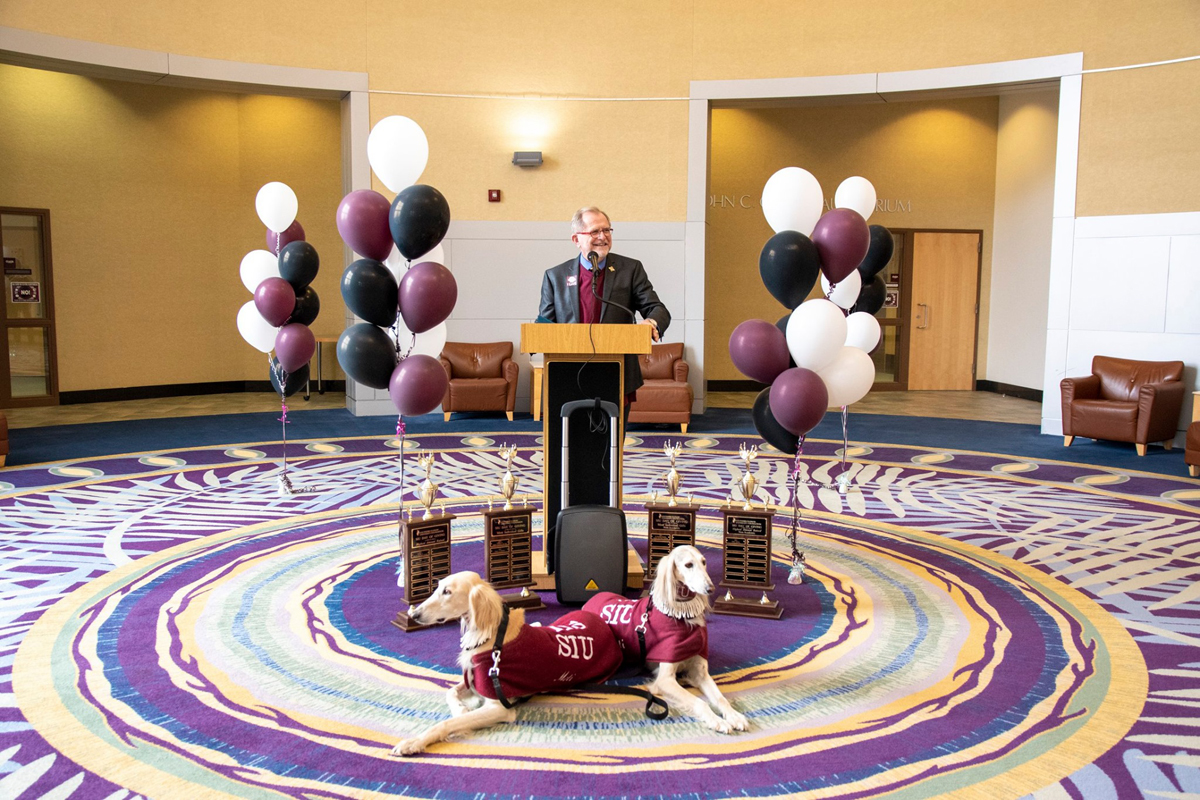 “The annual growth in contributions is another signal of confidence in the university’s momentum,” he said. “As we near the end of our 150th year, donors are positioning SIU for the next 150.”

Dunn added that ultimately, the Day of Giving is not about the number.

“It’s about impact,” he said. “Every gift made will help a student, support a program or contribute to the greater community through the arts, athletics and service. We are deeply grateful to everyone who gave.”

The theme of this year’s Day of Giving was “1 Vision. 24 Hours.” Between 6 a.m. March 4 and 5:59 a.m. March 5, donors visited siuday.siu.edu to support more than 150 programs, initiatives and scholarships.

“The immediate totals include gifts made online,” she said. “The numbers will grow as we count gifts made in person, by phone and by mail in the days ahead.”

The Day of Giving includes a friendly competition for traveling trophies recognizing academic and non-academic units raising the most funds or attracting the most individual gifts.

The College of Liberal Arts received more than $197,960, making it the academic unit that that raised the most funds. The School of Medicine had the highest number of individual gifts for an academic unit at 285. Among non-academic programs, Saluki Athletics received the most in total donations at $139,301. The Balancing Education, Experience and Reality Scholarship supported by the Carbondale ‘80s & 90s Facebook group received 815 individual gifts, earned the trophy for a most gifts raised by a non-academic unit.

“Every gift of any size makes a difference,” Goldsmith said. “The Day of Giving demonstrates the power of community and philanthropy.”

She added that all gifts to the Day of Giving also support the foundation’s current $200 million Forever SIU campaign for the university.