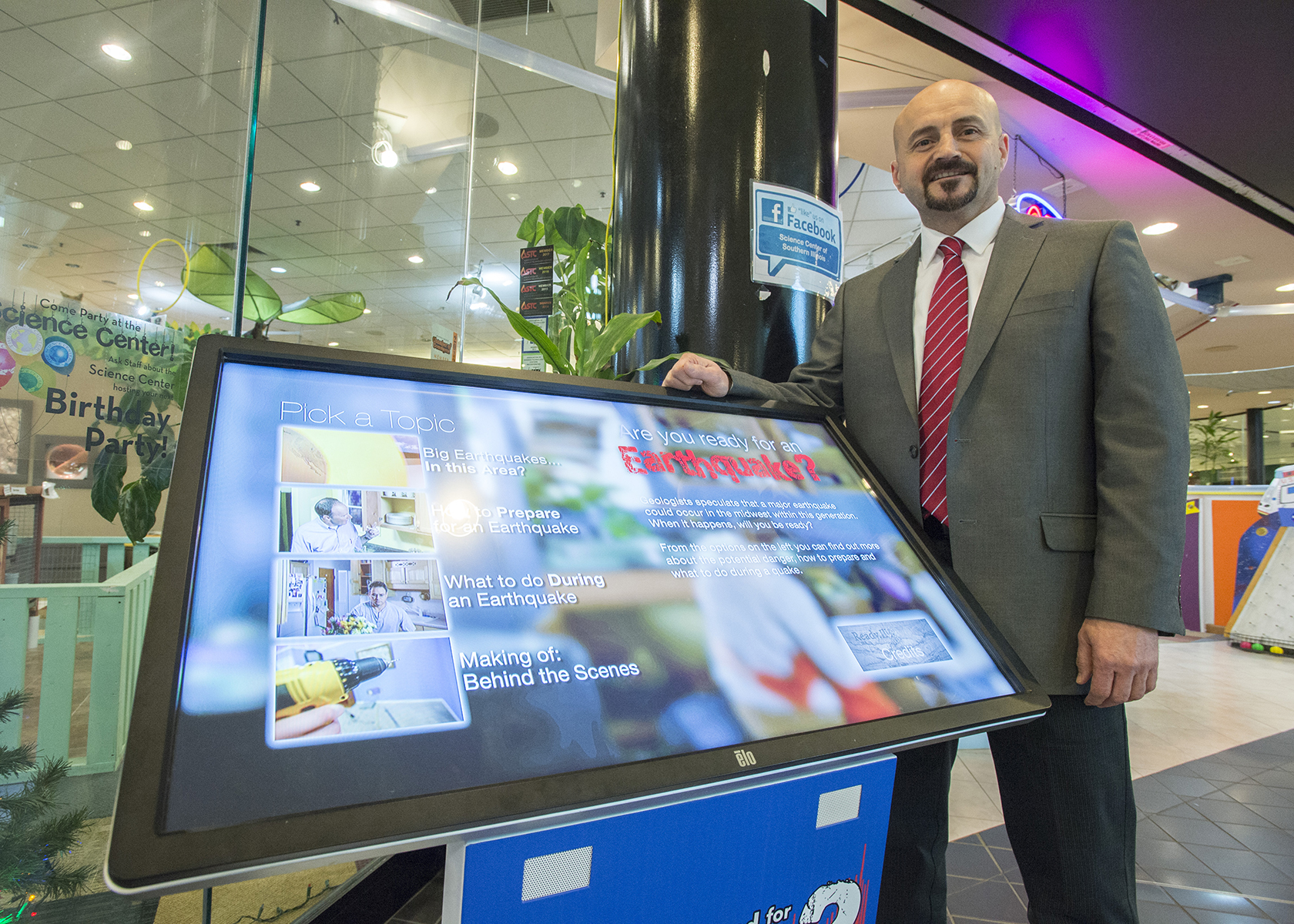 CARBONDALE, Ill. – A media education organization has honored a current and former faculty member at Southern Illinois University Carbondale for their efforts in creating interactive media to promote earthquake preparedness.

Kiosk was first in the Midwest

The pair won the award for a kiosk unveiled in February 2017 at the Southern Illinois Science Center, located in University Mall in Carbondale.

It was developed by a team of earthquake experts, including Henson and Hodgson, and was the first of its kind for the Midwest. It features information and videos about earthquake hazards in Illinois, safety and ways to protect homes and businesses from earthquake damage.

The project was one of just 18 Best of Festival winners from a field of more than 1,540 entries. About 175 colleges and universities across the country competed this year. The honor will send Henson and Hodgson to the BEA’s annual convention April 8 in Las Vegas, as well as earn them a $1,000 award.

Saving lives is the goal

Henson said the group is developing additional kiosks, including a traveling one that should be in place this summer. He said his long-time research into earthquakes issues, coupled with Hodgson’s media expertise, made for a good combination.

“We work well together, and we’ve learned so much from each other,” he said. “Together with our colleagues and our students, we have produced something very special: A multimedia tool that potentially might save lives.”

Henson said IEMA is making it possible for the kiosk to remain at University Mall for the foreseeable future, and that software and media updates are planned for this summer, as well.

Are you ready for an earthquake?

The award-winning kiosk, designed by Harvey Henson and Scott Hodgson, provides information and videos about earthquake hazards in Illinois, safety and ways to protect homes and businesses from earthquake damage.