CARBONDALE, Ill. -- Leaders in the College of Agricultural Sciences at Southern Illinois University Carbondale honored students, faculty and alumni during the annual “All Ag Banquet” recently.

The event, a tradition at SIUC, recognizes faculty, staff, students and alumni for their achievements and accomplishments in the field of agriculture and related disciplines. Awards followed an evening of activities, including a slide show illustrating student and club activities. Organizers also plan a silent auction of baskets prepared by student organizations, with the proceeds going to support the Ag Council’s community service projects.

The college presented three of its major awards to:

Christiansen-Heepke, a 2011 recipient of a Master of Science degree in animal science at SIUC, is the founder and owner of Triangle H Farm LLC in Edwardsville, where she is a riding instructor, horse trainer and clinician.

She grew up riding horses in Illinois, competing in western pleasure and hunt seat competitions, eventually competing at the national level. While at SIUC, she earned extra money giving riding lessons at the University horse farm, where she rose to herdswoman.

Christiansen-Heepkee said she decided to make horses her life’s work and strives to coach her students to work with great physical, mental and emotional consideration for the horse.

“The most influential aspect of (my) teaching is that, each individual person learns an extraordinary amount about himself while in the process of working with a horse, and thinking about what the horses are thinking about,” she said.

She has earned the highest safety certification level attainable, Level III in Stable Management and Stock Seat Equitation with the American Riding Instructors Association. The ARIA also twice honored her as one of its Top 50 Riding Instructors in America. She and Triangle H Farm received national recognition and a check for $10,000 from Pfizer Animal Health and Stable Management Magazine as the Top Barn in North America for Giving Back to the Community.

In 2010, Black Hawk College, where she began her higher education, also honored her as its Outstanding Ag Alumni. She currently sits on the Illinois Equine Industry Research and Promotion Board.

Gunter, dean and professor emeritus and in the College of Forest Resources at Mississippi State University, currently is vice president of the Illinois Forestry Association. He holds a lifetime membership in the SIU Alumni Association, and is a member of the Leadership Board of the College of Agricultural Sciences at the University.

Gunter earned his Bachelor of Science with honors in forestry in 1966 at SIUC. He later earned his master’s and doctorate at Michigan State University, as well as a Master’s of Business Administration in management there.

Gunter previously worked for private industry and the federal government at the U.S. Department of Agriculture’s Forest Service. He’s also taught and conducted research at five additional universities, including Virginia Polytechnic Institute and State University, the University of Georgia, the University of Arkansas.

Gunter has authored or co-authored numerous forestry articles for journals and research publications, as well as three books. He is a fellow of the Society of American Forestry and has twice received Outstanding Alumnus awards from the Department of Forestry at SIUC. The Georgia Forestry Association recognized him with its Wise Owl Award for Exceptional Meritorious Service and the Georgia General Assembly twice passed resolutions honoring him. The Arkansas Society of American Foresters also previously named Gunter its Person of the Year.

Dittmar, a former agriculture teacher at Waterloo High School, grew up on a farm in northern Illinois, helping with the dairy, beef and grain operations there. As a student at Galena High School, he was a member of Future Farmers of America, managing a 200-hen laying operation as a project that allowed him to sell to restaurants and neighbors. He also raised beef cows and feed calves.

“I attribute my strong work ethic to my parents and, of course, growing up on a farm,” he said.

Dittmar decided to become an agriculture educator and studied at the University of Illinois. He served as president of the Ag Education Club there, and won the award for outstanding junior and outstanding senior member before doing his student teaching at Rochelle High School.

Dittmar went on to teach agriculture at Waterloo High School from 1985 to 1990, teaching an average of 110 students each year out of student population of 550. His students won many honors in FFA. In 1989, the Illinois Association of Vocational Agriculture Teachers awarded him the Outstanding Young Member Award. He also was named Waterloo High School’s Teacher of the Year that year. In 1990, Dittmar organized the 50th Waterloo FFA anniversary banquet, with more than 600 attending. He also served as the section 22 IAVAT secretary/treasurer and chairperson.

“A day did not go by where I did not feel eager to inspire students,” he said.

Dittmar currently is a facilitating coordinator with the Facilitating Coordination in Agriculture Education program in Belleville, saying his main reason for taking the position was to provide assistance, improvements and opportunities for success to a broader network. Working with educators also offered the opportunity to have a greater impact on thousands of students.

During his 20 years with the group, Dittmar helped start 19 new agricultural education programs and 22 FFA Alumni chapters. He has presented agriscience curriculum, hands-on activities and resources at more than 420 workshops and to 8,500 plus participants. He is also actively involved with the St. Louis AgriBusiness Club, serving as president in 2006. Agriculture courses fulfilling graduation academic requirements and Ag In The Classroom (AITC) programs have been instrumental in saving agricultural education programs in schools throughout Illinois, he said.

Other persons receiving honors during the All Ag Banquet include: 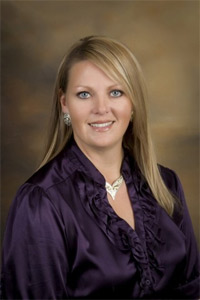 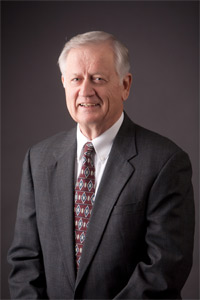 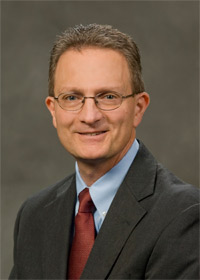